Kelly attended Tennessee State University in Nashville, TN graduating in 2000 with a degree in Dental Hygiene.  She started her career with Dr. Wright in March of 2002.  She also works for Dr. Jones in Nashville, TN.  She is a 1996 graduate of Franklin High School and is a native of Franklin.  She is married to Ben and they have twin girls, Peyton Bailey and Avery Mackenzie who were born in 2011.

Dana attended the University of Tennessee at Martin for her undergraduate studies.  She graduated from the University of Tennessee Center for the Allied Health Sciences in Memphis, TN in 1975 with a Bachelor’s Degree in Science in Dental Hygiene.  Following several years of experience in private practice, Dana was an instructor in the Department of Periodontics at her Alma Mater from 1978-1984.  She and husband Steve have been married since 1979.  Steve’s career brought her family to Franklin, TN in 1990 and she joined our practice in 1992.  They have 2 sons, Josh and Jeremy.  Josh and his wife Amy live in California with their children, Jake and Reagan.  Jeremy and his girlfriend, Janaka, live in New Orleans.

Courtney is a 2007 graduate of the Tennessee College of Applied Technology earning her certification and license with the Dental Assisting National Board.  She began her career with the practice in September of 2007.  She has completed extended education courses in Nitrous Oxide Monitoring, Coronal Polishing, and Sealant application.  Courtney was Dr. Wright’s chairside assistant for 8 years before becoming Office Manager.  She is a member of the Dental Assisting National Board as well as the American Dental Assistant Association.  She lives in Chapel Hill with her fiance Chris.  Their hobbies include fostering dogs and spending time at the lake. 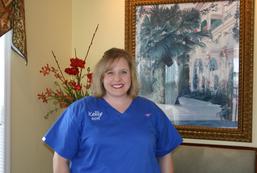 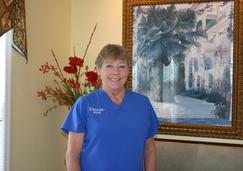 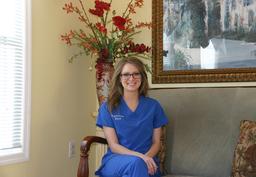 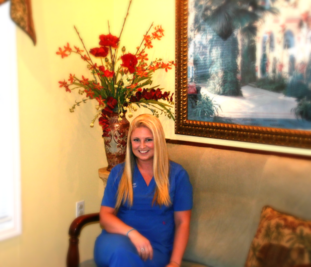 Suzannah joined Dr. Wright’s team in the summer of 2014.  She is a graduate of the Winter 2013 session of the Dental Staff School of Franklin earning her Registered Dental Assistant license.  Suzannah has completed extended education courses in Nitrous Oxide Monitoring, Coronal Polishing and Sealants application and you will find her working alongside Dr. Wright with patients in treatment.  She is a native of Franklin and a 2011 graduate of Brentwood High School.  In her spare time, Suzannah loves traveling, taking photographs, and spending time with her wonderful dog.