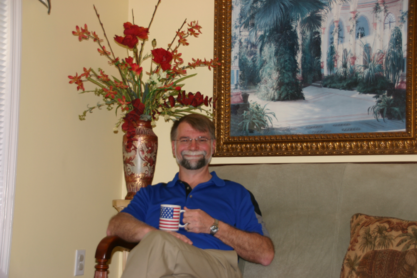 Dr. Lee C. Wright received his undergraduate degree from Middle Tennessee State University in Murfreesboro, TN in May of 1983.  He enrolled in the College of Dentistry at University of Tennessee Center for Allied Health Sciences in Memphis, TN in August of 1983.  After completing the four-year program, he graduated in May of 1987.  Knowing he wanted to stay in Tennessee, Dr. Wright was given the opportunity to begin an associateship in Franklin, TN at the satellite office of Dr. Shackelford and Dr. Dotson.  Upon building his patient base over the course of 10 years, Dr. Wright purchased the practice from them in January of 1998.  He also purchased the building and was therefore able to maintain the practice at its current location.

Dr. Wright is a member of the American Dental Association, Tennessee Dental Association, Nashville Dental Society and Pinnacle Study Club.  He is involved with various civic organizations including Boy Scouts of America and is a Sunday School leader at First United Methodist Church in Franklin.  Dr. Wright and his wife Cheryl have been married since 1983 and reside in Franklin.  They have two children, Eric and Elaine.